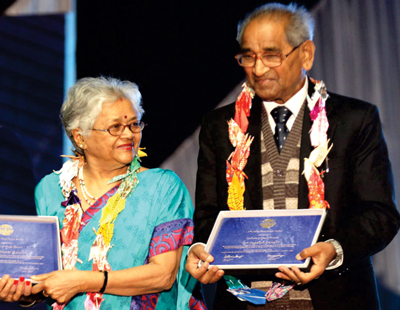 City Montessori School (CMS) is the world’s largest city-school, with 18 campuses in the city of Lucknow. The school that began with 5 children in 1959 on a borrowed capital of 300 rupees today has over 55,000 students from Montessori to Class XII in the current session.

Our founders, Dr Jagdish Gandhi and Dr Bharti Gandhi, were inspired by the teachings of Mahatma Gandhi and Sant Vinoba Bhave. They started CMS with the vision of inspiring generations of children to become socially motivated and conscious citizens of India and the world.

Their motto “Jai Jagat” has been the school's greeting from the beginning, as a deliberate contrast to the popular “Jai Hind” greeting at the time. CMS children are taught the value of 'Vasudhaiv Kutumbakam', or the ‘Earth is but One Country and Mankind its Citizens'.

The CMS mission is to create a better future for all children. We achieve this by maximising opportunities for children through holistic, values-based education of the highest quality and through initiatives that promote unity and meaningful social action for development.

The CMS vision is to create world peace through education and to nurture thoughtful and proactive world citizens and leaders committed to the service of humanity.

Universal Values are spiritual qualities, virtues and values common to all peoples, traditions, religions and cultures. 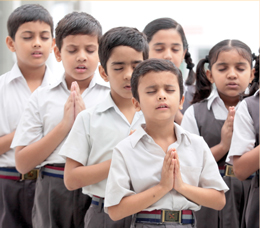 Global Understanding is accepting the oneness of humanity and respect for all living things, and going beyond the narrow confines of caste, colour, religion and country, to appreciating and celebrating diversity in all its forms. 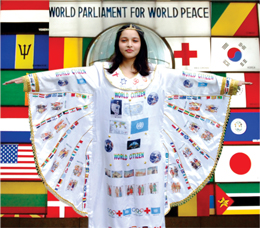 Service to the World goes beyond charity to recognising service as a way of life, so that when children grow up, they become conscious thinkers and doers, leaders of thought and action, and proactive agents of social transformation. 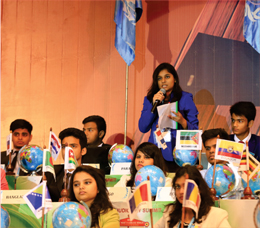 SERVICE to the World

Excellence in All Things is striving for perfection and beauty and aiming to do one's best always. It means competing with oneself. It also means expecting and visualizing the best in every child. 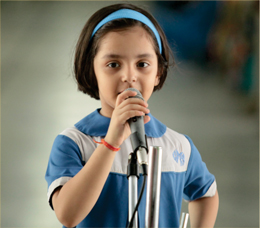 EXCELLENCE in All Things

“The CMS mission is to create a better future for all children. We achieve this by maximising opportunities for children through holistic, values-based education of the highest quality and through initiatives that promote unity and meaningful social action for development.”